ADVERTISEMENT
There were chaotic scenes on Monday at the Nairobi county assembly as a section of MCAs stormed Speaker Elachi’s office in an attempt to forcefully evict her from office.
Elachi,who had  last week been impeached by the MCAs on grounds of incompetency had reported on job after she had obtained a court order suspending her impeachment.The rowdy group of MCAs broke into Elachis office chanting ‘Enough is enough,Elachi Must go!!”
Majority leader,Abdi Guyo insisted that the position of Speaker of the Nairobi county assembly is vacant after they rejected Elachi through an impeachment. Elachi was impeached on grounds of violation of constitution and failing to meet the leadership and integrity act of 2012.She however was adamant in accepting the move saying members did not follow the due procedure in her ouster.
In the motion tabled by Waithaka MCA Anthony Karanja,103 members voted in favor of her impeachment while 2 others voted against. Karanja accused Elachi of interfering with procurement process,undermining the authority of the County Assembly Service Board and failing on leadership.
“The conduct of Hon. Elachi through her actions and omissions has caused the Assembly great embarrassment and brought the office of the Speaker into disrepute contrary to the gamut laws on conduct of state officers of her caliber.This assembly therefore resolved to sanction and remove Hon. Beatrice Elachi as holder of Office of the Speaker,” said Hon. Karanja.
She was also accused of contravening County Assembly Powers and Previleges Act,2017 when she unilaterally allowed police officers not attached to the Assembly to arrest staff without consulting the board. 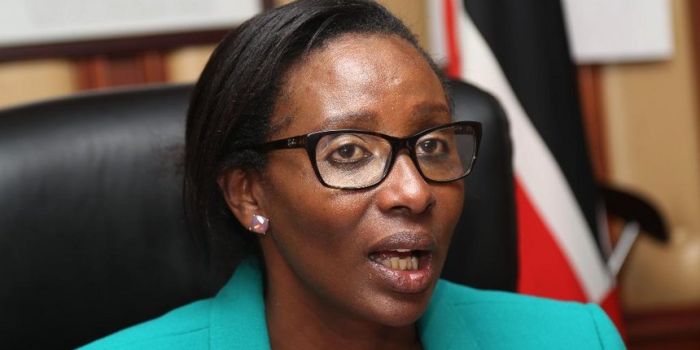 Suspect Caught Slaughtering A Goat Inside Classroom In Nyando, Kisumu

Three-paragraphed Eulogy, No Speeches, No Photographs As Tirus Maina Who Drowned With ‘girlfriend’ In Juja Dam Is Laid To Rest

How To Start A Sugarcane Juicing Outlet And Make Ksh 10,000 Per Day

Three-paragraphed Eulogy, No Speeches, No Photographs As Tirus Maina Who Drowned With ‘girlfriend’ In Juja Dam Is Laid To Rest

How To Start A Sugarcane Juicing Outlet And Make Ksh 10,000 Per Day

No Result
View All Result